After my first trip to Sand Hollow and driving the bike course on Thursday, I was left feeling like St. George may well be my 1st DNF. I was very conscious of focusing on positive self talk but my nerves were getting the best of me.

There were a number of logistics with this race that also had me needing to think and be focused. The swim start is out of town which requires either a shuttle ride or someone to drive you out to Sand Hollow race morning. The shuttles left between 4:30am - 5:30am and transition closed at 6:30am for the 6:55am race start. My swim wave started at 7:45am which meant getting there very early, regardless of shuttle or drive. In the end, Tim drove me out there for 5:00am and had to leave right away or he would be stuck out there until all the swimmers were out of the water and on their bikes.

The other logistic concern is that T1 and T2 are in different places. This means packing a T1 bag and a a T2 bag and leaving them in different places. Ok, that doesn't really seem that difficult but it just adds another thing to think about when you are already stressed about everything. This is the same as in the Hawaii 70.3, which I did in 2011, but I have no recollection of packing T1 and T2 bags (but I must have).

Alarm went off at 3:45am. I easily got up since I was ready to get this thing started. I look forward to being in the water at the swim start. Once I am there, my nerves disappear. The Best Western Abbey Inn had breakfast for racers starting at 4:00am. Bagel with peanut butter and a cup of coffee were perfect. I took a 2nd bagel with peanut butter for the road since my swim start was still hours away. By 4:35am I was packed and ready to go. It was early but I couldn't sit still anyway, might as well get out to transition. By 5:00am Tim dropped me off at Sand Hollow and I was on my own heading to my bike in transition.

I had applied sunscreen the night before and race morning (a couple of triathletes told me this really works for not getting burnt, and I need all the help I can get there). I must touched my eyes after putting on the sunscreen and putting my contacts in so they were very cloudy. It was dark except for the bright spotlight in transition when I first arrived and I couldn't see anything. Finally, I decided to take out my contacts. It was like a blindfold had been lifted off my eyes. I could see. My prescription is mild enough that I can race without them but I knew I would have a headache by the end of the day with my eyes fighting to focus. Should have packed an extra pair in my bag but didn't. Good thing to remember for future races.

Once at my bike, I arranged my helmet, glasses, gloves, shoes, socks and towel. Nothing could be lose on the ground. I had to be in the T1 bag provided or on your bike. Checked my tire pressure then practiced finding my bike a few times by walking the swim exit to bike rack #18 then down the line to my bike. It was still dark and early so I headed for the port-o-potty then back to my bike for a triple check. All was still good so I headed over to see the pros start at 6:55am.

The sunrise at Sand Hollow was spectacular and I tried to just sit and take it in. There was a SRAM rep serving coffee so I took a cup and sipped it and was thankful for the warm cup in my hand. It was by no means cold by Vancouver standards but it was chilly enough to need sweatpants and a sweatshirt on before the wetsuit went on.

At 6:55am I watched the men's pro race start then went to put on my wetsuit and throw my dry clothes into a bin to be transferred to the finish. Got that done, put on my cap and goggles then set off for my 7:45am wave corral. I was ready to get started and entered the water about 7:40am with the other red caps to swim out to the floating swim start buoys. The countdown began, the buzzer sounded and we were off...right at 7:45am. 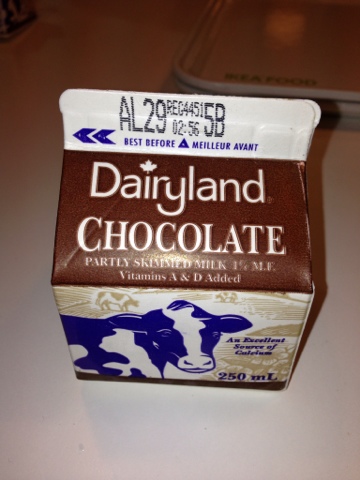