Challenge Penticton - My Choice for 2013

October 16, 2012
Back in August, Tim, Ellen and I took a trip up to Penticton BC to volunteer for the 30th Anniversary of Ironman Canada.

Days before we were set to travel to the Okanagan, it was announced that this would be the final year of Ironman Canada in Penticton.  A new race organization called Challenge Family would be taking over the race in the years to come.

Initially, Ellen and I were both a little sad.  Part of our motivation for volunteering was to get 'front of the line' sign up for the 2013 Ironman.  This will be my 3rd iron distance race and Ellen is signing up for the 1st time.

The opportunity to take part in the inaugural North American Challenge Family event was just to exciting to be sad about Ironman leaving.  Since then, Ironman Canada has announced that it will be moving to Whistler, BC. 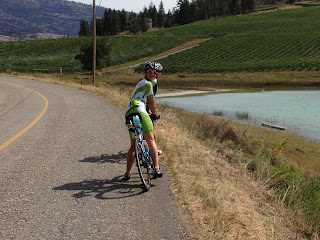 When Ironman Canada was in progress, we took off for a 100km ride of our own off the bike course.  Twin Lakes ride was spectacular 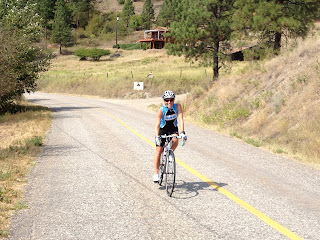 Ellen on her longest ride ever!  Smiling. 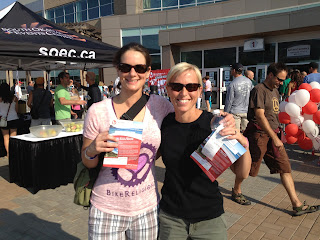 Both of us after we signed up.  The sign up process for Challenge was really enjoyable!  No long wait times in line, there were draw prizes and refreshments served.
Very class move Challenge Penticton.

Even better news from Challenge came on October 12 when they announced that Steve King would be the voice of Challenge Penticton.