August 08, 2012
On Sunday August 5th, Tim and I celebrated our 18th wedding anniversary.

After dropping Jamieson off at Horseshoe Bay for a week at camp, we took our bikes over to Nanaimo and rode up to Courtenay.  We stayed in the perfectly wonderful Best Western Courtenay.

We didn't arrive in Nanaimo until 2:45pm and the day had been a hot one.  Starting out that late and in the heat, I started to wonder just when we would make it to Courtenay.  We knew it was about 110kms but were not 100% sure of the road conditions and the elevation gains.  After a very enjoyable and challenging ride, we arrived in Courtenay just after 8pm.

The hotel staff welcomed us, our bikes and dirty faces.  After a long shower and a quick change of clothes, we were off to the hotel pub for a Sirloin steak dinner and a Caesar.  We had packed very light since we had to carry everything on our backs.  A simple t-shirt, shorts, flip flops and a toothbrush were pretty much all we packed.  What an awesome surprise to find out that Sunday is Karaoke night at the pub.  There are some really talented singers in Courtenay.  Between the live entertainment and the Olympic coverage on the TV's we were in heaven.

After an early night and a great night sleep, we enjoyed the complimentary breakfast buffet to it's fullest then took off around 10am for our return ride to Nanaimo.  The ride back seemed easier in certain sections and faster but it actually took about the same time.  We stopped in Qualicum Beach for a great burger and fries on the beach and still managed to catch the 4:40pm ferry from Departure Bay with plenty of time to spare.

Between the two of us, we also packed 5 CO2 canisters and 5 tubes.  Of course, because we were so prepared, we never had a flat or any type of mechanical issue over the two days.  We were able use our multitool to help a fellow rider adjust her saddle straight after she had a crash on her way to the ferry. 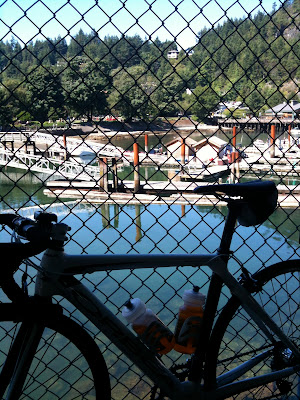 Waiting at Horseshoe Bay Terminal for our ferry to Departure Bay.  All cyclist are held in a gated compound before we board.  Met some interesting cyclists in there. 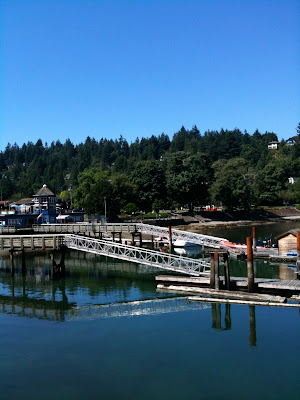 View of the marina from the holding pen. 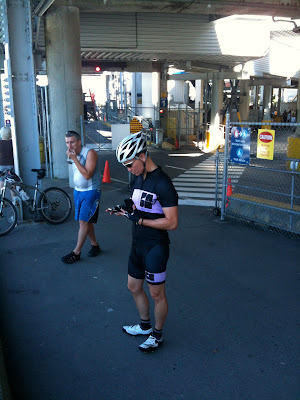 We wore our matching Pave Bike Culture Kits from Barcelona.  Awe, how cute!  Just like being on our honeymoon (think matching Hawaiian outfits). 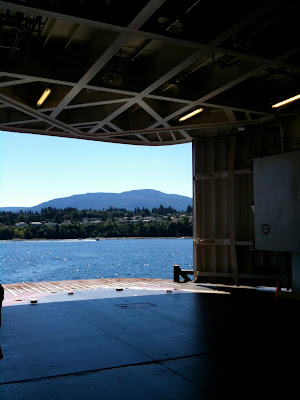 Just about to dock at Departure Bay. 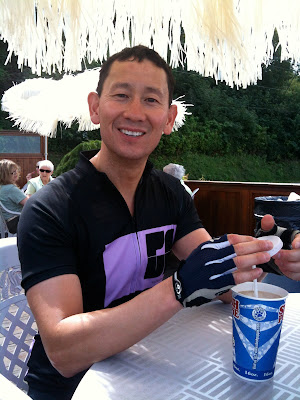 Tim enjoying his Rootbeer Milkshake a the beach cafe in Qualicum, BC on the return ride.  Nice helmet hair.  :) 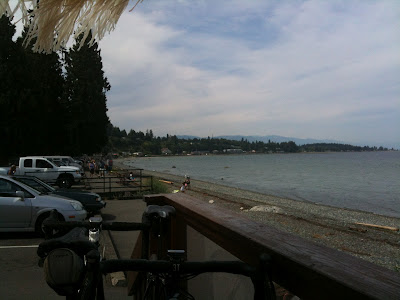 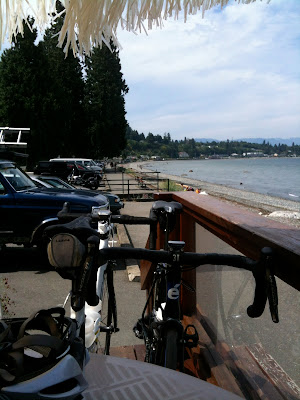 Beach and bike view from the cafe