June 27, 2012
This past weekend I rode in the Tour de Victoria with my 'I am up for anything' friend Brenda.  I suggested it a few months ago and made the arrangements for us booking a cheap hotel near the race start.

Slight change of plans when Brenda had to go to Victoria early for business. Not only did she shuttle my bike to Victoria, she picked me up as a foot passenger late Friday night on the Victoria side.  Sweet! 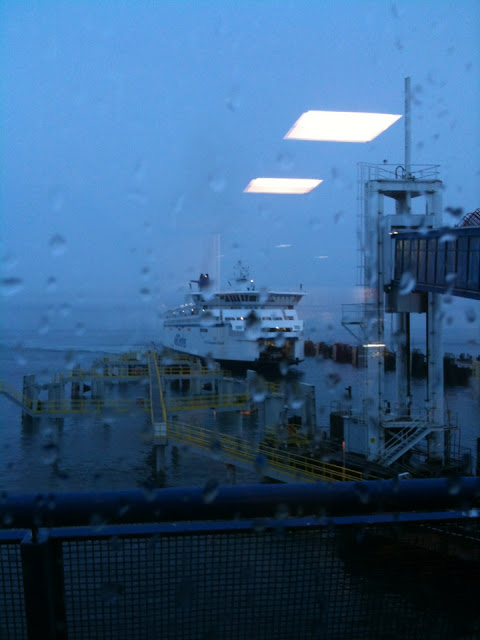 View from the foot passenger terminal around 9pm on Friday.  Wet, windy and unpleasant.  Hoping that this was not what we were going to ride in for 140kms on Sunday. 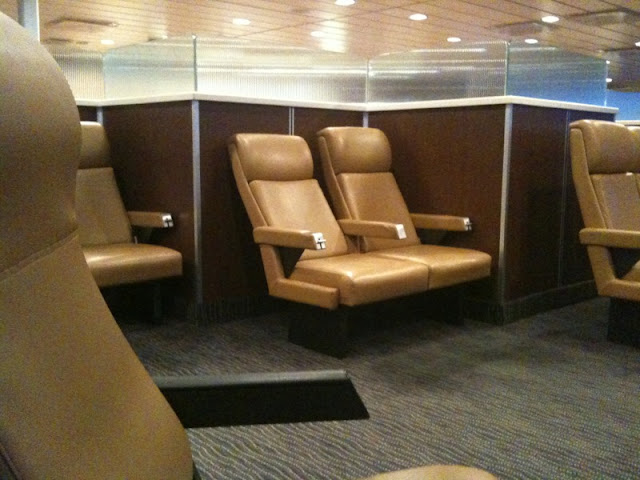 Spirit of BC - Seaward Lounge.  $12 extra to sit in comfortable seats, quiet environment, free WIFI and all I can drink/eat coffee, cheese and cookies.  Well worth the extra money.

And wasn't I pleasantly surprised when Brenda also informed me that we could stay with her friends.  Look how cute this home is.  Built in the early 1940's it has a ton of character. 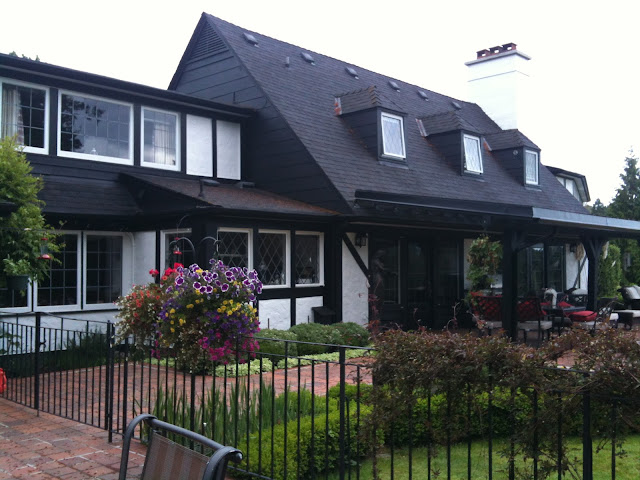 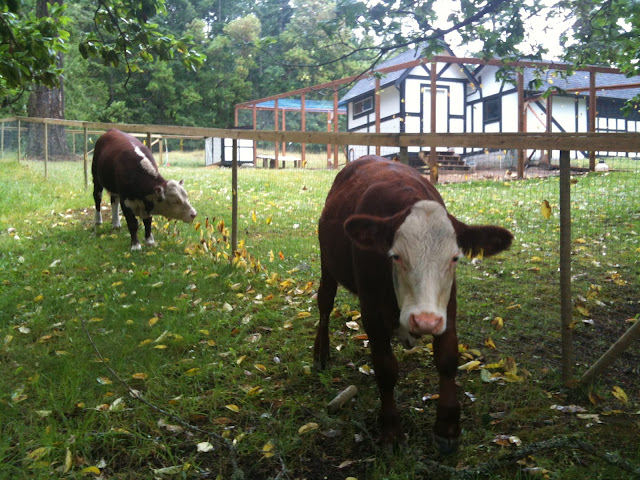 Did I mention the house was on a farm... 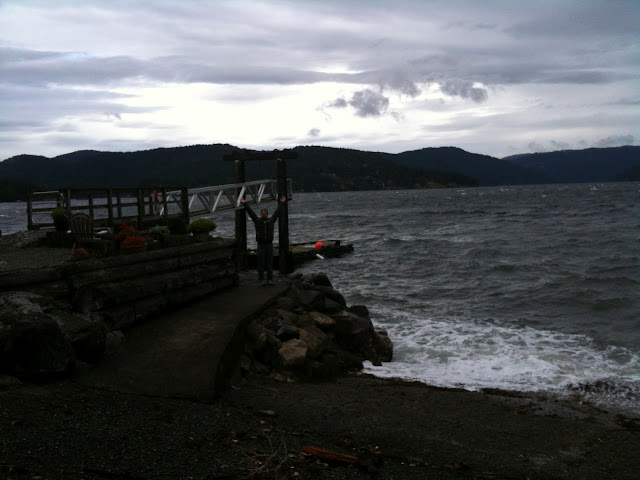 ...with waterfront access and a dock?  That is me with my arms raised.

Saturday was pretty chill. We went to package pick up in Victoria and two farmers markets.  Ate lunch at the Brentwood Bay Resort and Spa around 2pm then headed back to the house to prep our bikes.  As far as my usual pre race/event routine, I pretty much didn't follow any of it.  Although 140kms is a long way to cycle, I didn't of it in the same way I had the Oliver 1/2 Ironman.  I treated it as more of an event with a friend than a race that needed nutrition and hydration attention.  Thus, I had not prepared a nutrition plan or had a real plan.  I did want to finish the 140kms under 6 hours though.  That was a solid goal.

Saturday night we took a walk to the beach while a huge wind and rain storm brewed.  It was great to be outside in the midst of it but unnerving thinking that we might have to ride in it the next morning.  I started to question my choice of clothing but was settled by my friends when I posted by angst on Facebook.  I decided on toe covers, light wool socks, knee warmers, cycling shorts, Windstopper base layer under my Speed Theory jersey, arm warmers and my Windstopper vest.  This turned out to be the right choice. 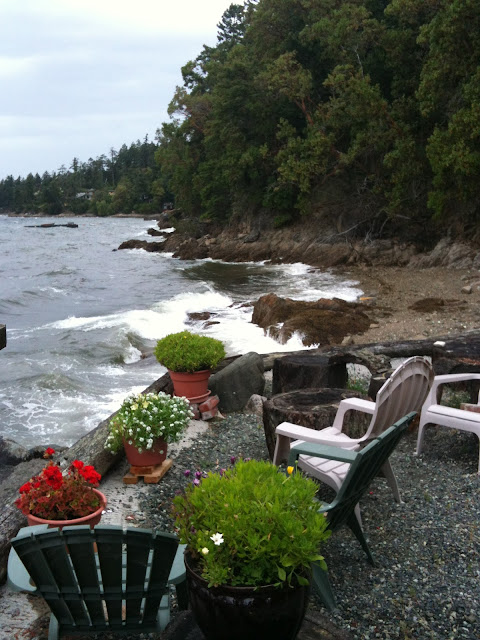 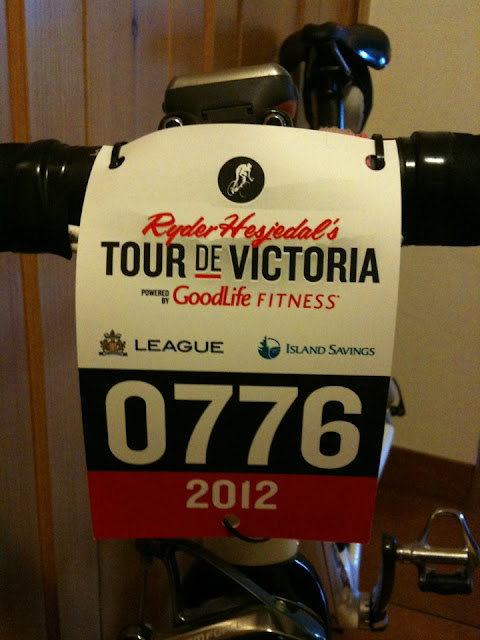 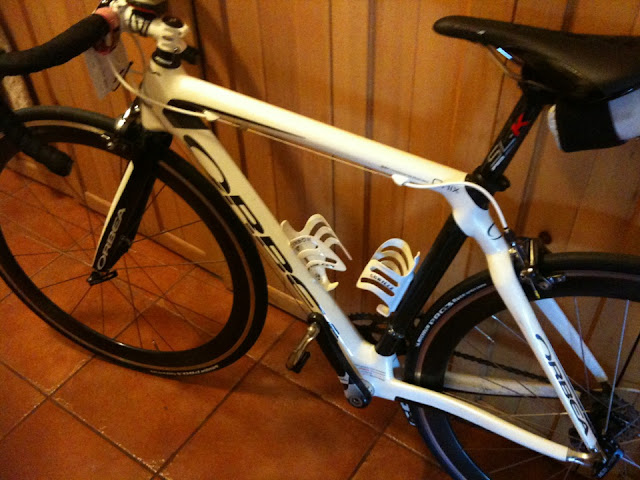 Ready to roll for the day to come.

After a night of little sleep (for no reason) we were up and off to the event by 6am for the 7am start time. 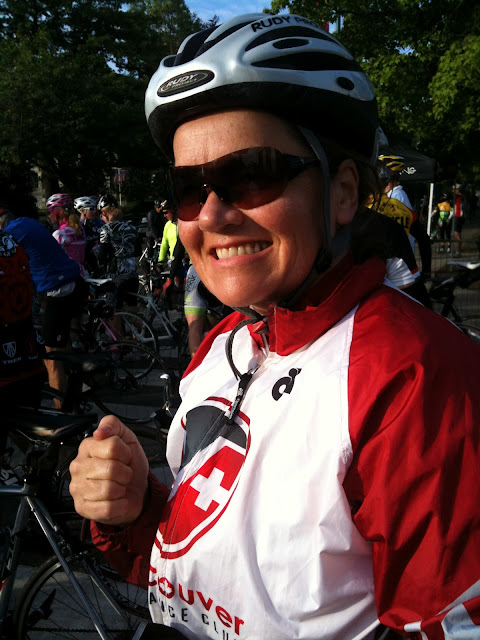 Brenda in our 5-6 hour corral.  Snapped the photo just before she gave the thumbs up.  All was good. 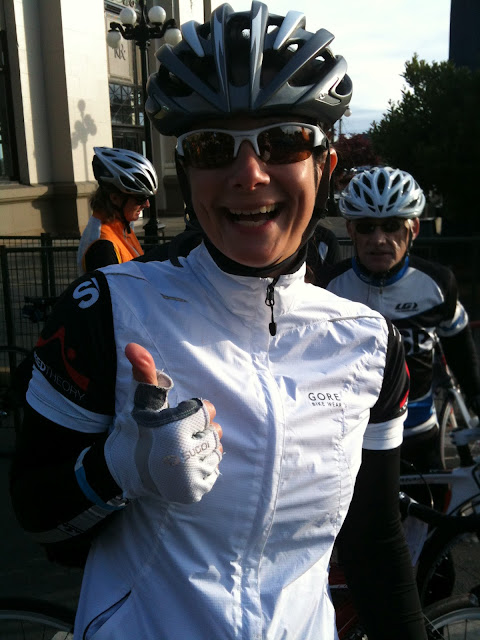 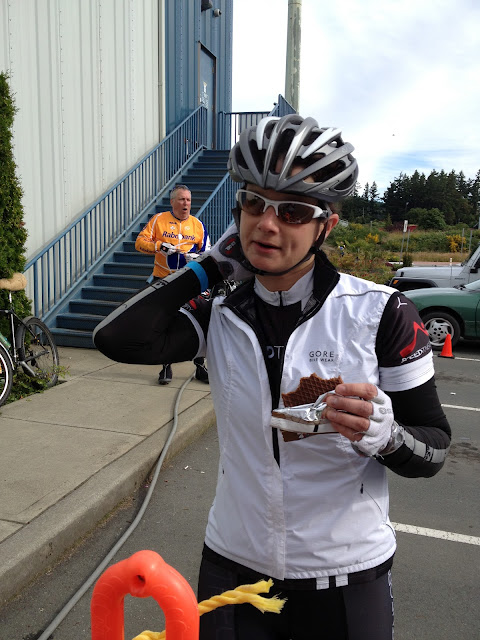 Stopped at the first aid station about 40kms into the ride.  I have no idea of the hills to come.  Eating a Honey Stinger Waffle, one of the 3 I would have during the ride.

We had been warned that the 40km - 60km section of the route was the toughest.  Yes, that was very true.  Short steep inclines of 12% followed by 15% descents with sharp turns and damp wooded roads.

60km - 100km was also hilly but nothing compared to the previous section.  The views were amazing.

By the 100km point, my legs started to cramp when standing to climb hills.  As I thought about what I had eaten during the ride, I realized I was very much under hydrated and fuelled.  The drink on course (Ultima Replenisher) is an electrolyte drink but has almost no calories.  And the actual sodium content is much less that I am used to.  When you start to cramp it is pretty hard to recover from that when there is only 40kms left in the ride.  Nevertheless, at the last aid station I ate 2 Honey Stinger Waffles, and chugged a bottle of Ultima.  Too little too late though.  The leg cramps continued and got worse.  I still finished strong mentally and had a very positive experience.

Lesson learned, 140kms is not a short distance, nutrition and hydration are just as important in an event like this as in a distance triathlon.  When I added up the number of calories I took in it totalled about 1200 calories (less than the 300 calories per hour I would have needed) and I only drank four 500ml bottles of fluid.  Most of those calories were consumed in the last 40kms of the ride. 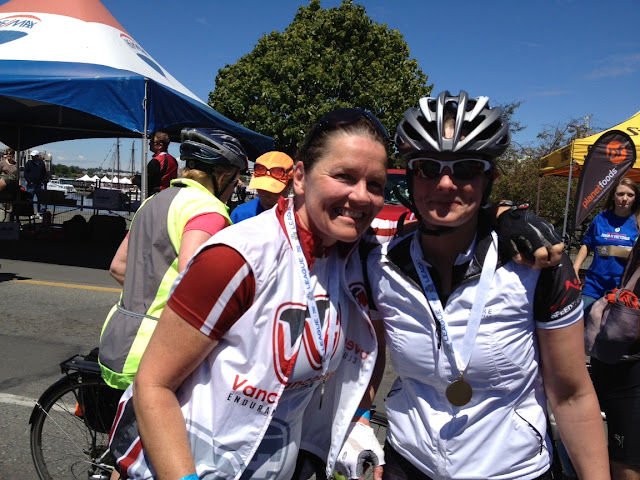 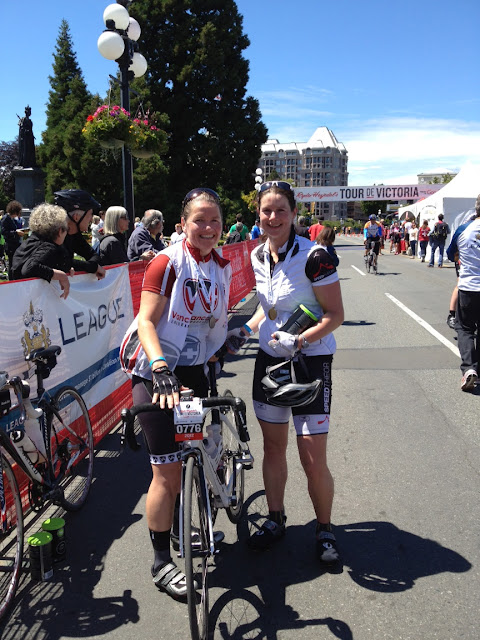 Helmet off and tin of coffee in hand. 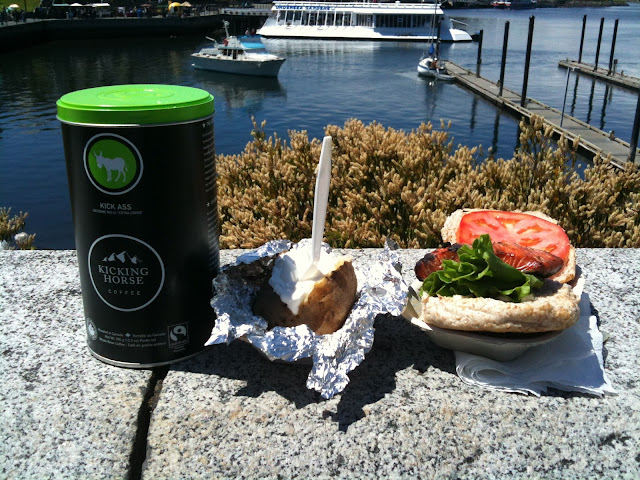 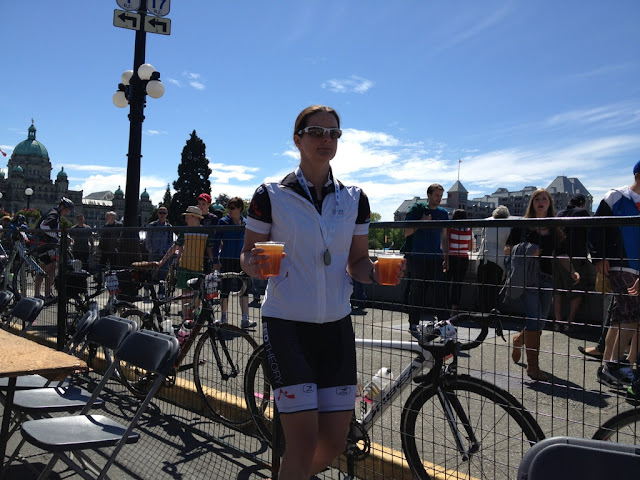 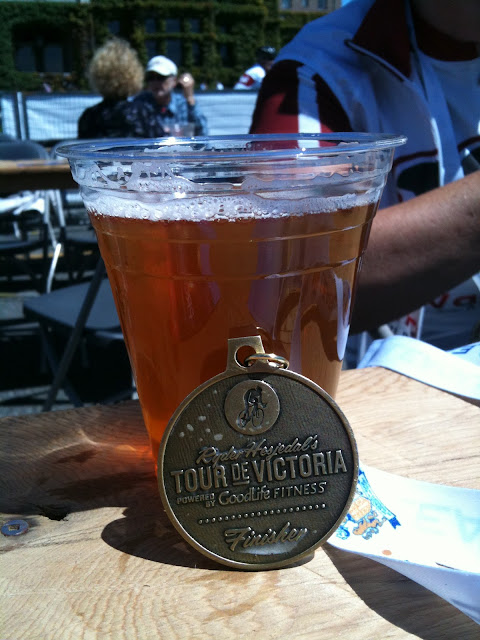 Beer and the medal 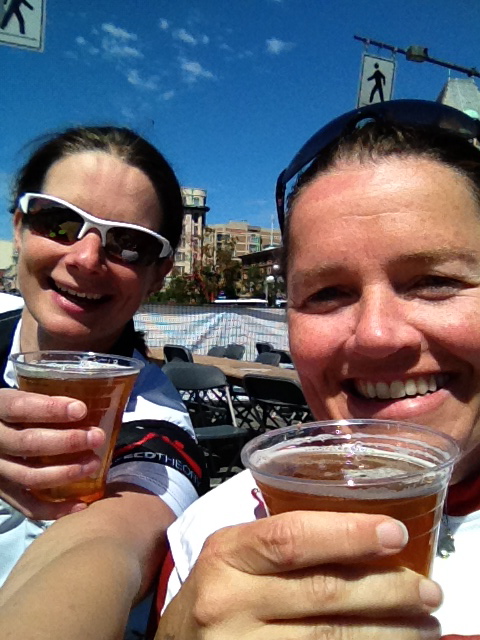