2009 for me was an amazing year of athletic accomplishments.  I had a PR in virtually every race I participated in or placed in my age group and confidently completed my first Ironman at Ironman Canada.

What you may not know is that in October I was laid off.  I only had a hint about a week before that it might happen and it did.  It was a shock and was a pretty low point for me.  In the 16 years I have been working this is my first experience being laid off.  I was bitter about how the whole thing was handled and somewhat depressed about the situation.  It was 8 weeks before Christmas and I already had a trip to Orlando for Christmas booked a year in advance.  Basically, that gave me 4 weeks to look for and secure a new job before the new year.

I am happy to say that I was successful in finding fantastic position with a really cutting edge company and I start in mid January.  Even better was that I was offered the job in December so I was able to really enjoy the trip to Orlando. 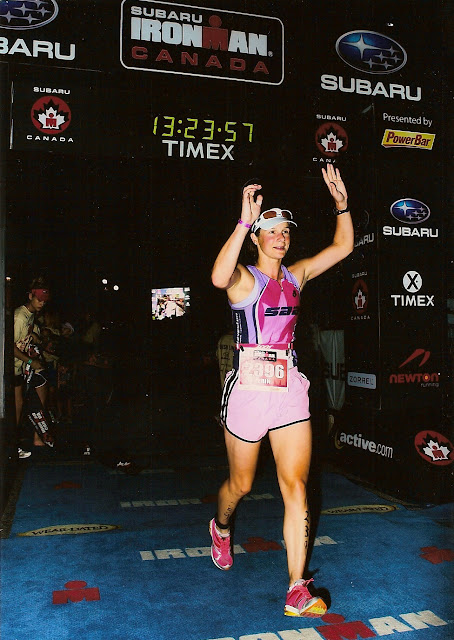 Bryan Payne said…
Erin, I'm glad everything worked out. I'm a firm believer that everything happens for a reason. Hopefully this new job rocks for you.

Jamie said…
Congrats on the new gig! I didn't know you were laid off.

I was laid off exactly one year ago yesterday. The anger, frustration and depression was unlike anything I'd ever gone through, but I'm now in a similar position. I'm in a new job now that I never would have taken before, but am doing some really fun stuff.

Jasminn said…
Oh man! You are one strong person, not just athletically.
I am a strong believer in making your own "luck", and only you can control how you behave in any given situation. Clearly you are mentally strong too ;)
wishing you only good things, and thanks for such a good "tude"!
January 6, 2010 at 9:01 PM

Mark said…
Erin, congratulations on a successful season. I love hearing stories how people use the negative energy they experience from a setback that would otherwise demoralize other people to their advantage. It is a testament to your fortitude and courage. Keep on keeping on!
January 8, 2010 at 5:28 AM

You are absolutely amazing. I'm so proud of you.